If you enjoy traditional art, architecture and history, there is truly no better place in Japan to visit than Kyoto. The ancient capital is so well preserved it produced a whopping 17 UNESCO world heritage sites, all of which have their own appeal. For those who want to visit Kyoto, this is probably one of the best places to start.

First we have probably the most famous temple in Kyoto, Kinkaku-ji. With its top two floors covered entirely in gold leaf, Kinkaku-ji truly lives up to its reputation as a sight to behold, surrounded by pretty ponds and gardens. This is an especially popular one, so come in the morning to avoid crowds!

The designated path leads to some really beautiful viewpoints within the temple grounds, as well as coin tosses where you can rack up some good luck, before reaching a tea garden and Fudo hall.

Fudo Hall is where you can pick up souvenirs from the gift shop, pray at the shrine and even get your own English fortune! All of Kinkaku-ji is accessible for a mere 400 yen. Location

Ryoan-ji is a personal favourite of mine as it was easily one of the most beautiful temples I had visited. Ryoan-ji is most famous for its zen rock garden that showcases a total of 15 rocks, of which only 14 can be seen at any given time, due to their positioning.

The rock garden is viewed from the Hojo, which showcases traditional tatami floors, along with beautiful traditional paintings on the sliding doors.

The temple is surrounded by magnificent gardens that feature a lovely pond. This place is definitely worth visiting, especially during autumn as the temple grounds are covered in maple trees. Admission to the Hojo costs 500 yen but the garden is free to roam. Location

Ninna-ji is a large temple complex with a lot of historically significant architecture, including pagodas and temples. The temple grounds are also famous for its sakura tree grove, which colours the temple bright pink in spring.

The Goten of Ninna-ji is actually styled like an imperial palace, and showcases impressive painted sliding doors. The goten also offers views of smaller gardens from elevated platforms within the temple.

I really liked how the temples are elevated on stilts, it somehow adds to the serenity of the place. The traditional Japanese architecture and art in Goten can be viewed for 500 yen, and there is an additional 600 yen admission fee during Sakura season. Location

One half of the Kamo shrines (the other being Shimogamo shrine), Kamigamo shrine distinguishes itself through the famous sand cones which purify the shrine and are specially made in an ancient ritual.

The temple’s heidan (worship hall) is extremely popular as this shrine functions to protect Kyoto from malice. The Nishimura House is also accessible to the public.

The Kamo shrines jointly hold the Aoi Matsuri, one of Kyoto’s 3 great festivals, which is held every year in May. This is also the place to go to check out a temple flea market, which is held on the fourth Sunday of each month. There is no admission fee. Location

Kozan-ji is a temple located in the Takao mountainous area, hosting numerous significant artworks. Kozanji is said to have oldest tea fields in Japan, which were originally grown from seeds brought from China.

For those into Manga and Anime, this temple houses what is considered Japan’s first manga, with animals depicting court life during the Heian period.

The area is surrounded in natural beauty, that especially shines in autumn. Admission for the temple grounds is 600 yen, except in autumn, when it costs an additional 500 yen. Location

Tenryu-ji is a highlight of the Arashiyama district, with some of the most famous temple gardens in Kyoto, featuring a large central pond. The gardens cleverly incorporate the gorgeous mountain landscapes surrounding the temple.

The two sub-temples of Tenryu-ji, Hogon-in and Kogen-ji only open during weekends and for a limited time in spring and autumn for 500 yen, displaying a famous dragon painting.

Like Arashiyama itself, Tenryu-ji is best enjoyed in autumn. The entrance fee for the temple gardens cost 500 yen, and admission to the temple halls cost an additional 300 yen. Location

Also known as Kokedera, or moss temple, this is probably the most difficult of all of these sites to access. Reservation by mail weeks in advance is required, complete information on that can be found here.

This reservation will give you the unique opportunity to experience temple activities, including copying of Buddhist scriptures, with character guides.

It also gives you access to the unmatched moss garden, which has inspired poetry, novels and art for hundreds of years. A religious atmosphere is strictly maintained, and should be respected if visiting. Admission is 3000 yen. Location

Ginkakuji, also known as Silver pavilion, was modeled after Kinkaku-ji. Unlike Kinkaku-ji, however, the temple is not covered in silver, but remains popular for its beautiful gardens.

The designated path leads to several different temple buildings, including the Hondo (main hall) and Togudo, before going up a hill, from which views of the temples and the city can be enjoyed.

At just 500 yen, this is a great place to explore beautiful temple grounds and, of course, take in the wonderful view. Location

Kiyomizu dera first rose to world prominence when it became one of the 20 finalists for the new seven wonders of the world. The temple has remained as one of Kyoto’s must see locations ever since.

Kiyomizu dera is located on top of a hill, with rows of shops selling traditional crafts and food along the way up. The massive temple was, incredibly, built without a single nail and offers gorgeous views of the mountainside and city.

The designated path leads to tea houses, as well as Otowa waterfall, with 3 streams of water- for money, love and studies. You have to chose one stream to drink from to receive good fortune in that area! All of Kiyomizu Dera is accessible for 400 yen. Location

Nijo castle is easily identifiable on any map due to its two moats surrounding the castle. It is often touted as one of Kyoto’s must see locations, but surprisingly wasn’t crowded at all when I visited (weekday!).

Nijo Castle can be divided into two areas, the Honmaru and the Ninomaru.  There are English auditory guides available (500 yen) as well as English descriptions of the paintings and murals.

Besides the pretty and well kept gardens, the interior of Ninomaru castle is extremely lavishly designed with elaborate carvings, and even the ceiling is decorated with gold leaf! There is an entrance fee of 600 yen, which includes the interior of the castle. Location

To-ji temple has become extremely popular due to its proximity to Kyoto station, being a mere 10 minute walk away. The pagoda that stands as the symbol of To-ji is the tallest pagoda in Japan.

The pagoda is rarely open to the public. However, the Kondo and Kodo halls are, featuring prayer halls and Buddha statues. The admission fee is 500 yen or 800 yen when the pagoda opens.

If you’re in Kyoto on the 21st of any month, I strongly recommend visiting on that day, as the temple hosts a popular flea market selling anything from traditional craft to street food. Location

Perhaps the most impressive part of Nishi Hongan-ji is the Karamon gate, thought to have once been part of the now destroyed Fushimi castle.

The temple also houses an ancient bell tower and 400 year old gingko tree that illuminates the temple in autumn. Admission is free, except for the shoseien garden which costs 500 yen. Location

The temple is a shinto sanctuary surrounded by the gorgeous, untouched Tadasu no mori, which is a sacred forest that resides in the middle of Kamo and Takano rivers.

The shrine dates to the 6th century, making it one of the oldest shrines in Japan, with gorgeous shinto gates. There is no admission fee, as with most shrines. Location

A little out of the way, this is one temple worth the extra effort, especially in autumn. The temple complex is home to several structures, including a five story pagoda that is the oldest verified building in Kyoto.

The complex is divided into 3 main areas- Sambo-in, Shimo-Daigo and Kami-Daigo. There is a trail that eventually reaches the Kami-Daigo, that progressively becomes more natural and wooded.

But of course, the main attraction remains the Bentendo hall in Shimo-Daigo, and its not hard to see why. The entrance fee of 800 yen for Sambo-in and Shimo-Daigo increases to 1500 yen during spring and autumn and Kami-Daigo’s entrance fee is 600 yen. Location.

If you thought that the oldest pagoda of Kyoto was impressive, Ujigami Jinja will blow you away. The little shrine is widely believed to be the oldest standing shrine in all of Japan, that hasn’t been rebuilt since its establishment.

The quaint little shrine consists of several structures, including a main hall and Kiriharasui, a fresh water spring. The shrine is located near the more extravagant Uji shrine.

The shrine is also incredibly cute in that it enshrines rabbits and has various rabbit motifs. Admission is free, as with most shrines. Location

Byodo-in is an extremely impressive temple that was initially built as a villa. The temple is surrounded by a pond that adds to its grandeur.

Perhaps the most famous of Byodo-in’s buildings is the Phoenix hall, which appears on the Japanese 10 yen coin. There is also the Kannon-do Hall, with a stature of Kannon as well as the bell tower.

Admission for the temple grounds is 600 yen, and an additional 300 yen is charged to view the interior of the phoenix hall. Location

Enryaku-ji is a temple located on the border of Kyoto and Shiga prefectures on Mt. Hiei. It is one of the UNESCO sites of ancient Kyoto, but now technically resides in Otsu city.

Mt Hiei is one of the best day trips you can take from Kyoto, offering a pretty temple complex, gorgeous natural scenery and an absolutely fantastic view! Very strangely, Enryaku-ji was once involved with the yakuza which lead to a nationwide scandal.

Enryaku-ji accessible from Eizan cablecar, which does not operate in winter (1700 yen round trip) or Sakamoto cablecar (1620 yen for round trip). There is a 700 yen admission fee for the temple. Location 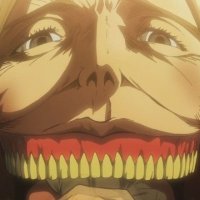 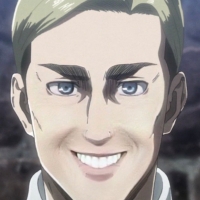